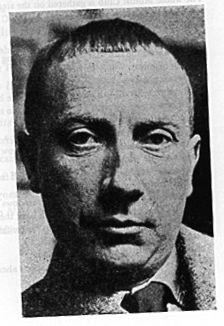 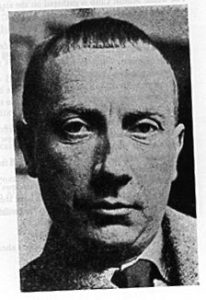 Arp was born in Strasbourg. The son of an Alsatian mother and a German father, he was born during the brief period following the Franco-Prussian War when the area was known as Alsace-Lorraine after it had been returned to Germany by France. Following the return of Alsace to France at the end of World War I, French law determined that his name become Jean.

In 1904, after leaving the École des Arts et Métiers in Strasbourg, he went to Paris where he published his poetry for the first time. From 1905 to 1907, Arp studied at the Kunstschule, Weimar, Germany and in 1908 went back to Paris, where he attended the Académie Julian. In 1915, he moved to Switzerland, to take advantage of Swiss neutrality. Arp later told the story of how, when he was notified to report to the German embassy, he avoided being drafted into the army: he took the paperwork he had been given and, in the first blank, wrote the date. He then wrote the date in every other space as well, then drew a line beneath them and carefully added them up. He then took off all his clothes and went to hand in his paperwork. He was told to go home.

Arp was a founding member of the Dada movement in Zürich in 1916. In 1920, as Hans Arp, along with Max Ernst, and the social activist Alfred Grünwald, he set up the Cologne Dada group. However, in 1925 his work also appeared in the first exhibition of the surrealist group at the Galerie Pierre in Paris.

Throughout the 1930s and until the end of his life, he wrote and published essays and poetry. In 1942, he fled from his home in Meudon to escape German occupation and lived in Zürich until the war ended.

Arp visited New York City in 1949 for a solo exhibition at the Buchholz Gallery. In 1950, he was invited to execute a relief for the Harvard University Graduate Center in Cambridge, Massachusetts would also be commissioned to do a mural at the UNESCO building in Paris. In 1954, Arp won the Grand Prize for Sculpture at the Venice Biennale.

In 1958, a retrospective of his work was held at the Museum of Modern Art in New York City, followed by an exhibition at the Musée National d’Art Moderne, Paris, France, in 1962.

The Musée d’art moderne et contemporain of Strasbourg houses many of his paintings and sculptures.

Biography By: This article is licensed under the GNU Free Documentation License and uses material adapted in whole or in part from the Wikipedia article on Hans Arp.

Kaspar Is Dead (No Comments »)