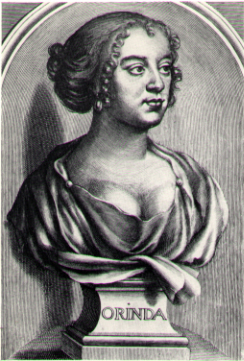 Katherine Fowler was born on New Year’s day, 1631 in London, England. In 1647, at the age of sixteen, Katherine was married to fifty-four-year old James Philips. Soon after, she formed the Society of Friendship where she and a small group of women wrote poems of love and friendship to one another. Each member took on a nickname – Philips became known from that point on as Orinda. She began writing to her friend Mary Aubrey (Rosania), but later wrote more to Anne Owen (Lucasia). Ladies, forming this kind of a group would be a great way to expand your friendships.