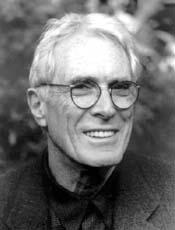 Mark Strand, former Poet Laureate of the United States, won numerous grants and awards, including the Bobbitt and Bollingen Poetry Prizes, a MacArthur fellowship, and Ingram Merrill, Rockefeller, Guggenheim, and NEA grants. He was awarded the Pulitzer Prize for Blizzard of One, which was published in 1999. Mark’s eight other volumes of poetry include Reasons for Moving, The Monument, The Continuous Life and Dark Harbor.

He also published a collection of stories, numerous translations, and several anthologies. In addition, Mark has written extensively on contemporary art, including a book on the painter Edward Hopper. Mark was born on Prince Edward Island, Canada, and was raised and educated in the United States. He also taught in the Committee on Social Thought at the University of Chicago.

A Piece Of The Storm (No Comments »)

From The Long Sad Party (No Comments »)