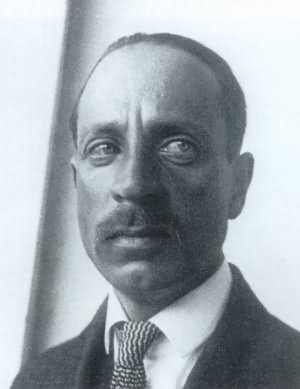 Writer and poet, considered one of the greatest lyric poets of modern Germany. Rilke created the ‘object poem’ attempting to describe with utmost clarity physical objects, the “silence of their concentrated reality.” He became famous with such works as DUINESER ELEGIEN and DIE SONETTE AN ORPHEUS. They both appeared in 1923. After these books, Rilke had published his major works, believing that he had done his best as a writer.

“Works of art are indeed always products of having been in danger, of having gone to the very end in an experience, to where man can go no further.” (from Letters)

Rainer Maria Rilke was born in Prague as the son of Josef Rilke, a railway official and the former Sophie Entz. A crucial fact in Rilke’s life was that his mother called him Sophia. She forced him to wear girl’s clothes until he was aged five – compensating for the earlier loss of a baby daughter. Rilke’s parents separared when he was nine and his militarily inclined father sent him at ten to the military academies of St. Pölten and Mahrisch-Weisskirchenn. He suffered at the military academy, and was sent to a business school in Linz. He also worked in his uncle’s law firm. Rilke continued his studies at the universities of Prague, Munich, and Berlin.

As a poet Rilke made his debut at the age of nineteen with LEBEN UND LIEDER (1894), written in the conventional style of Heinrich Heine. He met in Munich the Russian intellectual Lou Andreas-Salome, an older woman, who influenced him deeply. He travelled with her and her husband in Russia in 1899, visiting among others Leo Tolstoy. Rilke was deeply impressed by what he learned of Russian mysticism. During this period he started to write The Book of Hours: The Book of Monastic Life, which appeared in 1905. He spent some time in Italy, Sweden and Denmark, and joined an artists’ colony at Worpswede in 1903.

In 1901 Rilke married the young sculptress, Klara Westhoff, one of Auguste Rodin’s pupils. They had a daughter, Ruth, but marriage lasted only one year. During this period composed the second part of The Book of Hours. After he separated from Klara, he settled in Paris to write a book about Rodin and to work for his secretary (1905-06). Overworked poet left Rodin abruptly in the Spring of 1906. He revised DAS BUCH DER BILDER and published it in an enlarged edition. He also wrote The Tale of the Love and Death of Cornet Christopher Rilke, which became a great popular success.

During his Paris years Rilke developed a new style of lyrical poetry. After NEUE GEDIGHTE in (1907-08, New Poems) he wrote a notebook named DIE AUFZECHNUNGEN DES MALTE LAURIDS BRIGGE (1910), his most important prose work. It took the form of a series of semiautobiographical spiritual confessions but written by a Danish expatriate in Paris. Rilke’s “thing-poems” (Dinggedichte) were not about dead objects, but in his writing they came alive – in ‘Archaic Torso of Apollo’ (from New Poems, 1908) the ancient statue discovered at Miletus is “stuffed with brilliance from inside” and “gleams in all its power”.

Rilke kept silence as a poet for twelve years before writing Duino Elegies and Sonnets to Orpheus, which are concerned with ‘the identity of terror and bliss’ and ‘the oneness of life and death’. Duino Elegies was born in two bursts of inspiration separated by ten years. In 1910-1912 Rilke was for some time the guest of Princess Marie von Thurn und Taxis-Hohenlohe at Duino, her castle near Trieste. According to a story, Rilke heard in the wind the first lines of his elegies when he was walking on the rocks above the sea – “Who, if I cried out, would hear me among the angels’ / hierarchies?”

In 1913 Rilke returned to Paris but he was forced to return to Germany because of the First World War. Duino Castle was bombarded to ruins and Rilke’s personal property was confiscated in France. He served in the Austrian army and found another patron, Werner Reinhart, who owned the Castle Muzot at Valais. After 1919 he lived in Switzerland, where he died on December 29, in 1926. He had suffered from leukemia, and died of an infection he contracted when he pricked himself on a rose thorn.

Important part of Rilke’s writings are his letters (to Marina Tsvetaeva, Auguste Rodin, André Gide, H.v.Hofmannstahl, B.Pasternak, Stefan Zweig etc.), which have been published posthumously in different collections. Rilke’s sense of alienation was summed up in his words that it is our ‘fate to be opposite and nothing else, and always opposite’. In his early works he imported mystical elements in his poetry, but later Rilke dealt more with the role of an artist, who must “speak and bear witness.” “Praise this world to the angel, not the unsayable one; you can’t impress him with glorious emotion; in the universe where he feels more powerful, you are a novice. Show him something simple which, formed over generations, / lives as our own, near our hand and within our gaze.” (from ‘The Ninth Elegy’)

from The Tenth Elegy (No Comments »)

The Riverside Anthology of Literature