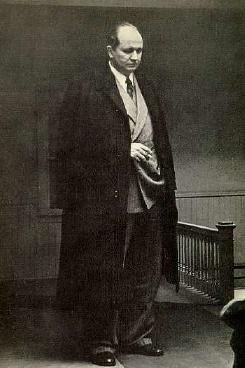 Theodore Roethke was born May 25, 1908, in Saginaw, Michigan. His parents were Otto Theodore and Helen Marie Roethke. He attended Arthur Hill High School in Saginaw where he wrote a speech for the Junior Red Cross that was published in 26 languages. His fathers death in 1923 and his intelligence made him insecure. This insecurity lead him to start drinking. From 1925 to 1929 he attended the University of Michigan where he continued to drink heavily. He graduated magna cum laude and attempted law school for a semester. He then attended graduate courses at University of Michigan and later Harvard Graduate School where he worked with poet Robert Hillyer.

When the Great Depression came Roethke was forced to take a teaching job Lafayette College where he also coached tennis. This job lasted until 1935 where he then picked up a job at Michigan State College teaching English. He had his first occurrence of mental illness at this time. He was then diagnosed with manic depression. During these times of depression Roethke would look inside himself and use what he found in his poems.

With his reputation growing as a capeable writer, Theodore Roethke found another teaching and coaching job at Pennsylvania State University in the year 1936. In 1941 Roethke finally came out with his first volume of verse called Open House. The material in the volume was based heavily on himself. Once again in 1943 Roethke found another job teaching at Bennington College.

His second breakdown happened in 1945 and became more frequent in his later years. His mental illness was eventually accepted as being part of his personality.

Roethke then wrote a second volume of poems called The Lost Son and Other Poems which was a hit also. His last teaching job was at Washington University where he wrote his next volume Praise to the End!. While maintaining his teaching job at Washington, Roethke traveled Europe on a Fulbright grant giving lectures. Words for the Wind was written in 1957 and won the Bollingen Prize, National Book Award, Edna St. Vincent Millay Prize, Longview Foundation Award, and finally the Pacific Northwest Writers Award.

While visiting some friends in Brimbridge Island, Washington Theodore Roethke died of a heart attack in 1963. Before for this fatal incident Roethke wrote 61 poems that were published after his death in The Far Field in 1964, which won the National Book Award, and in The Collected Poems in 1966.

They Came to See a Poet: Selected Poems

The Return (No Comments »)