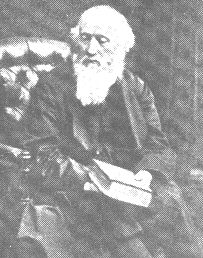 William Barnes was born in 1801 at Bagber, near Sturminster Newton in North Dorset. He was educated locally and worked as a solicitor’s clerk until 1823, when he became a schoolmaster. He became curate of Whitcombe in 1847, and rector of Winterborne Came, Dorset, in 1862. Barnes also wrote several philological works. In 1827 he married Julia Miles. Her death, in 1852, affected him deeply; many of his poems describe his love for her. He was ordained in 1848 and was appointed curate at Whitcombe near Dorchester. Barnes died in 1886; his obituary in the Saturday Review read: ‘There is no doubt that he is the best pastoral poet we possess, the most sincere, the most genuine, the most theocritan; and that the dialect is but a very thin veil hiding from us some of the most delicate and finished verse written in our time.’

Amongst his books of poetry are Poems of Rural Life in the Dorset Dialect (1844), Hwomely Rhymes (1859), both written in the Dorset dialect, and Poems of Rural Life in Common English (1868). In his verses, which are homely and tender, and full of the joy of life, he never leaves the pleasant fields of his native Dorsetshire. They are entirely free from foreign influence, save where he takes the Persian and Italian as models in metre and rhyme. He also published more than two hundred engravings, having considerable natural artistic talents.

Biography By: Compiled by Gunnar Bengtsson