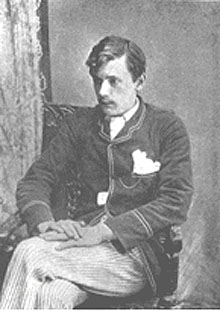 He was a member of the Rhymer’s Club, which included W. B. Yeats and Lionel Johnson. In 1891 Dowson fell in love with the 12-year-old daughter of a Polish restaurant owner. Dowson died of alcoholism (or some say of tuberculosis) in 1900 at the early age of 33.

Biography By: This article is licensed under the GNU Free Documentation License and uses material adapted in whole or in part from the Wikipedia article on Ernest Dowson.