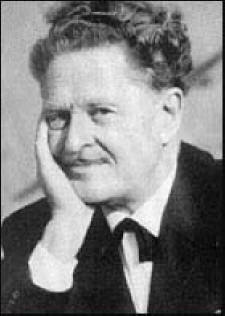 Nazım Hikmet Ran (November 20, 1901 – June 3, 1963) was a Turkish lyricist and dramatist, who is widely regarded as the best-known Turkish poet in the West and his works have been translated into several languages.

He was born in Salonica in the Ottoman Empire (now Thessaloniki, Greece). Although he was actually born two months earlier, his birth was registered on January 15, 1902, and this was recognized as his date of birth. Some of his works are The Epic of Sheikh Bedreddin, Memleketimden Insan Manzaralari, Kafatasi, Unutulan Adam, Taranta Babu’ya Mektuplar, Ferhad ile Sirin and Kurtulus Savasi Destani.

He died of a heart attack in Moscow.

Biography By: This article is licensed under the GNU Free Documentation License and uses material adapted in whole or in part from the Wikipedia article on Nazım Hikmet.