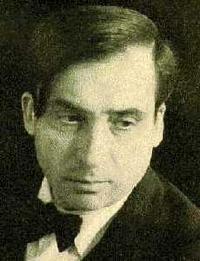 Pierre Reverdy, 1889-1960, was a French poet and moralist who first reflected Cubist and then Surrealist influence.

He was at the centre of the French poetry and culture for fifteen of the headiest years of the century. After settling in Paris in 1910, Reverdy founded the influential journal Nord-Sud with Max Jacob and Guillauma Apollinaire, which drew togethr the first Surrealists. Associated with painters such as Picasso, Gris and Braque, he has been called a Cubist poet, for conventional structure is eliminated in his poesie brut (‘raw poetry’), muchas the painters cut away surface appearance to bring through the underlying forms. But Reverdy went beyond Cubist desolation to express a profound spiritual doubt and his sense of mystery in the universe forever beyond his understanding. Andre Breton hailed him in the first Surrealist Manifesto as ‘the greatest poet of the time’. Louis Aragon said that for Breton, Soupault, Eluard and himself, Reverdy was ‘our immediate elder, the exemplary poet’. But the reclusive Reverdy distanced himself from these circles, and in 1926, left Paris to live out his life within the shadow, if not securely within the faith, of the Abbey of Solesmes.

For The Moment (No Comments »)