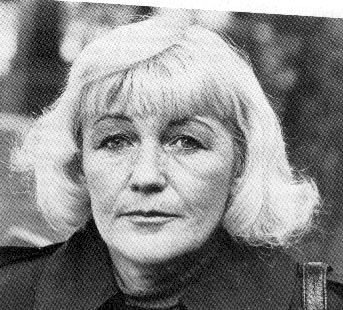 Sonja Åkesson began her writing career with the acclaimed poetry collections Situationer (1957) and Glasveranda (1959). In her prose works Skvallerspegel (1960), Leva livet (1961) and Efter balen (1962) she emerged with poignant satire over Swedish everyday life. But it is mainly as a so called new simplistic poet that Åkesson has come to be a model for younger generations of female writers. The breakthrough for her society-critical poetry, whose aim mainly was at the false idyllization brought on by weekly magazines and ether media, came in the poetry collection Husfrid (1963). In this book “Självbiografi” (Autobiography) is to be found, a pastiche on American beat poet Lawrence Ferlinghetti‘s “Autobiography”, and the poem “Äktenskapsfrågan”, a criticism of gender roles in the form of parody racism.

In Pris (1968) her style with colloquial speech and play with stereotypes is developed; the book gets the form of a clip book with bits of commercial advertising and simplified conceptions of the world thrown together from the media. In 1966 whe wrote a couple of books together with her husband Jarl Hammarberg-åkesson. The critics considered these concreticized, e. g. Strålande dikter/Nej så fan heller (1967).

In later works, e. g. in Sagan om Siv (1974), she experimented with differing poetic forms such as the Japanese Haiku.

I Stare Into the Black Hole (No Comments »)