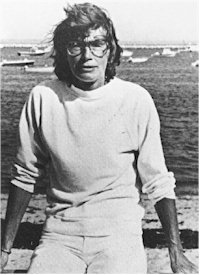 Mary Oliver was born in 1935 in Cleveland, Ohio. She lived for a long time before her death in 2019 in Provincetown, Massachusetts. At one time she was a secretary for Edna St. Vincent Millay‘s sister, and there is some evidence of Millay’s influence in Oliver’s early poetry. Her writing had few human subjects, but she drew us into her humanity through her acute focus on nature and her precision with language.

Oliver has also written three books: Rules for the Dance: A Handbook for Writing and Reading Metrical Verse (1998), Blue Pastures (1995), and A Poetry Handbook (1994).

Olivers’s honors include fellowships from the Guggenheim Foundation (1980-1981) and from the National Endowment of the Arts (1972-1973). She has also received an American Academy and Institute of Arts and Letters Achievement Award, a Lannan Literary Award, and the Poetry Society of America’s Shelley Memorial Prize.