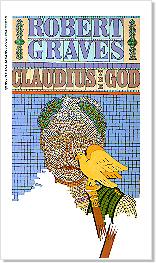 Robert von Ranke Graves (July 24, 1895 -December 7, 1985) was an English scholar, best remembered for his work as a poet and novelist. During his long life, he produced more than 140 works in total. He was the son of Alfred Perceval Graves, the Irish writer.

Graves, born in Wimbledon, England, received his early education at Charterhouse School and won a scholarship to St John’s College, Oxford University. However, the prospect of spending another four years of his life studying Latin and Greek did not appeal to the nineteen-year-old Graves, and with the outbreak of World War I he enlisted almost immediately in the Royal Welch Fusiliers (RWF).

The horror of his wartime experiences had a profound effect upon him; he published his first volume of poems, Over The Brazier, in 1916, but he later tried to suppress his war poetry. At the Battle of the Somme in 1916 he received such serious injuries that his family were informed of his death. However, he recovered, at the cost of permanent damage to his lungs, and, after a brief spell back in France, spent the remainder of the war in England, despite his efforts to return to the front.

In 1917, Graves played an important part in saving his fellow poet, Siegfried Sassoon, from a court martial after the latter went absent without leave and wrote to his commanding officer denouncing the war. The two officers had become firm friends while serving with the RWF. Graves’s biographies document the story well, and Pat Barker’s novel, Regeneration also recounts it. The intensity of their early relationship is nowhere demonstrated more clearly than in Graves’s Fairies And Fusiliers (1916), which collection contains a plethora of poems celebrating their friendship. Sassoon himself remarked upon a “heavy sexual element” within it, which observation is heavily supported by the sentimental nature of much of the surviving correspondence between the two men. Through Sassoon, Graves also encountered Wilfred Owen, whose talent he recognised. Owen attended Graves’s wedding to Nancy Nicholson in 1918, presenting him with, as Graves recalled, “a set of twelve Apostle spoons”.

Cover of Claudius the GodFollowing his marriage and the end of the First World War, Graves eventually entered the University of Oxford, and attempted to make a living by running a small shop; the business soon failed. In 1926 he took up a post at Cairo University, accompanied by his wife, their children, and the poet Laura Riding. He returned to London briefly, where he split up with his wife under highly emotional circumstances (at one point Riding attempted suicide) before leaving to live with Riding in Majorca. There they founded the Seizin Press, founded and edited the literary journal Epilogue, co-authored two successful academic books, A Survey of Modernist Poetry (1927) and A Pamphlet Against Anthologies (1928) (both vastly influential on modern literary criticism), amongst much other literary work. Some argue that ‘A Survey of Modernist Poetry’ initiated the new criticism. In 1927, he also published a commercially successful biography of T. E. Lawrence, Lawrence and the Arabs.

In 1929 he published Goodbye to All That (revised by him and republished in 1957); it proved a success but cost him many of his friends, notably Siegfried Sassoon. Riding and Graves were forced to leave Majorca in 1936 due to the Spanish Civil War.

In 1934 Graves published his most successful work, I, Claudius. Using classical sources he constructed a complex and compelling tale of the life of the Roman emperor Claudius, a tale extended in the sequel Claudius the God (1935). Another historical novel by Graves, Count Belisarius (1938), recounts the career of the Byzantine general Belisarius.

In 1939 Graves returned to England and split up with Riding (highly acrimoniously). Shortly afterwards he began a new relationship with Beryl Hodge, wife of Alan Hodge. In 1941 he published The Long Week-End, a collaboration with Alan Hodge. He also collaborated with Alan Hodge on 1944’s The Reader Over Your Shoulder, a book on clear writing. A 1947 revision was published as The Use and Abuse of the English Language.

In 1946 he re-established a home in Deya, Majorca, and he married Beryl in 1950. 1946 also saw the publication of the historical novel King Jesus. He published the controversial The White Goddess in 1948 and went on to a series of affairs and lesser amours with his “muses”. In 1953 he published The Gospel of the Nazarene Restored with Joshua Podro. In 1955 he published his copiously annotated version of The Greek Myths and in 1956, the book of short stories Catacrok! Mostly Stories, Mostly Funny. In 1961 he became Professor of Poetry at Oxford, a post he held until 1966.

In his poetry, Graves was an iconoclast, decrying many of the developments of the modernist schools of poetry, and holding highly individual views about the value of many works in the literary canon. Holding that love was the only true subject for poetry, Graves confined most of his poetry to short lyrics, many of which require an understanding of The White Goddess for full comprehension. Graves dismissed his historical novels, such as I, Claudius and Count Belisarius as mere potboilers, but they continue to be highly regarded. Graves is highly regarded as a novelist, but it should never be forgotten that, like Thomas Hardy (whom Graves knew and admired greatly) Graves always considered himself to be a poet first and foremost.

Graves died in December 1985 following a long illness and gradual mental degeneration. A film about Graves’s tempestuous relationship with Laura Riding, entitled Poetic Unreason, is scheduled to begin shooting in Spring of 2005.

Biography By: This article is licensed under the GNU Free Documentation License and uses material adapted in whole or in part from the Wikipedia article on Robert Graves.

The Naked And The Nude (No Comments »)

I Hardly Remember (No Comments »)